West Oaks Mall is an interesting mall, located in Ocoee, on the outskirts of Orlando. It was a very late project of Sears' mall development arm, Homart, which was handed over to General Growth Properties partway through development. It's relatively new, only opening in 1996, but is already hurting pretty badly. It's also owned by Moonbeam Capital Investments, which is normally a fast-track to a moldy death for any mall, but this one seems to be their crown jewel. This page also features many comparison shots, courtesy of the Orange County Property Appraiser, who visited the mall in 2012. 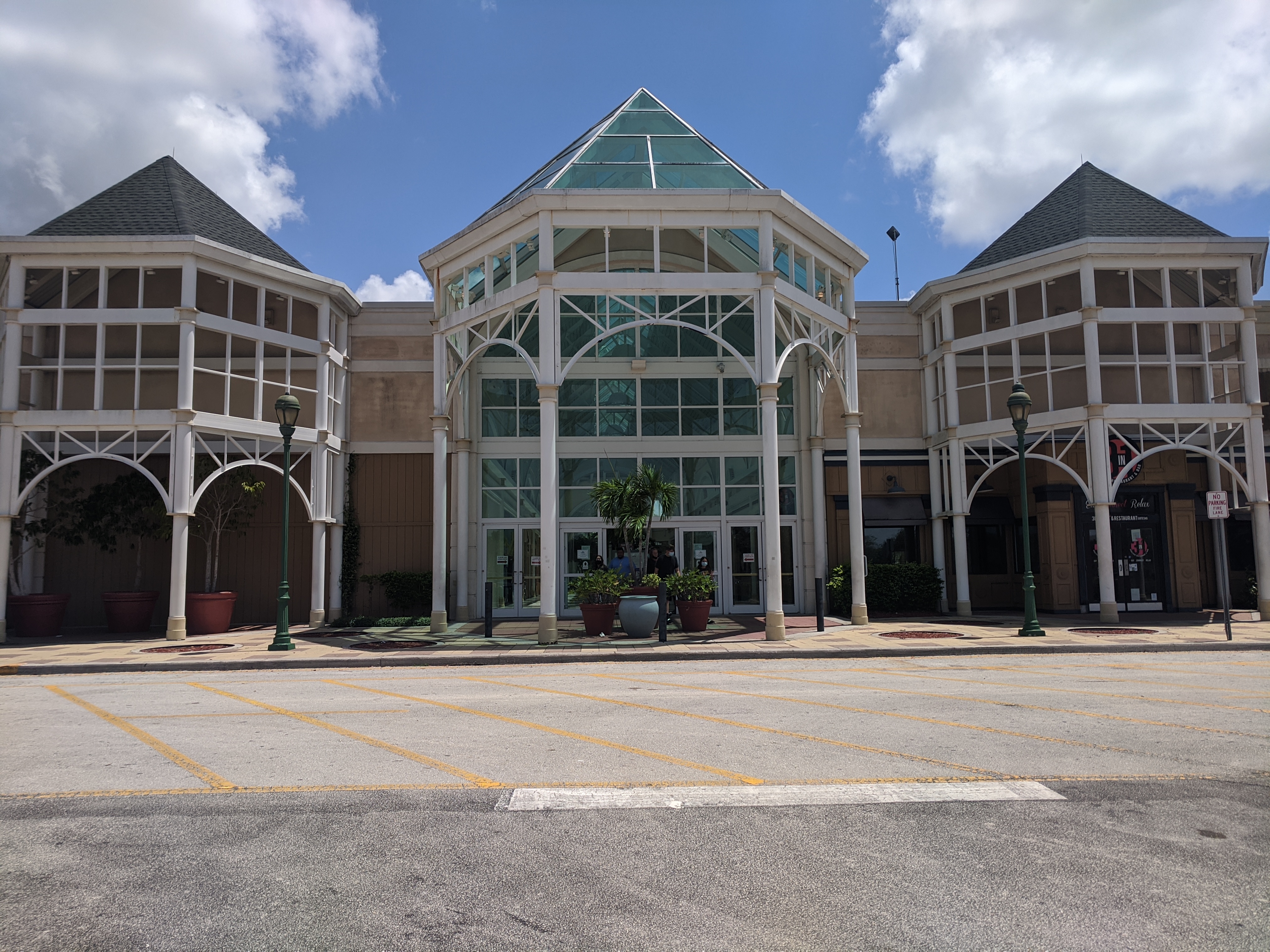 The mall has a great, elaborate entrance. 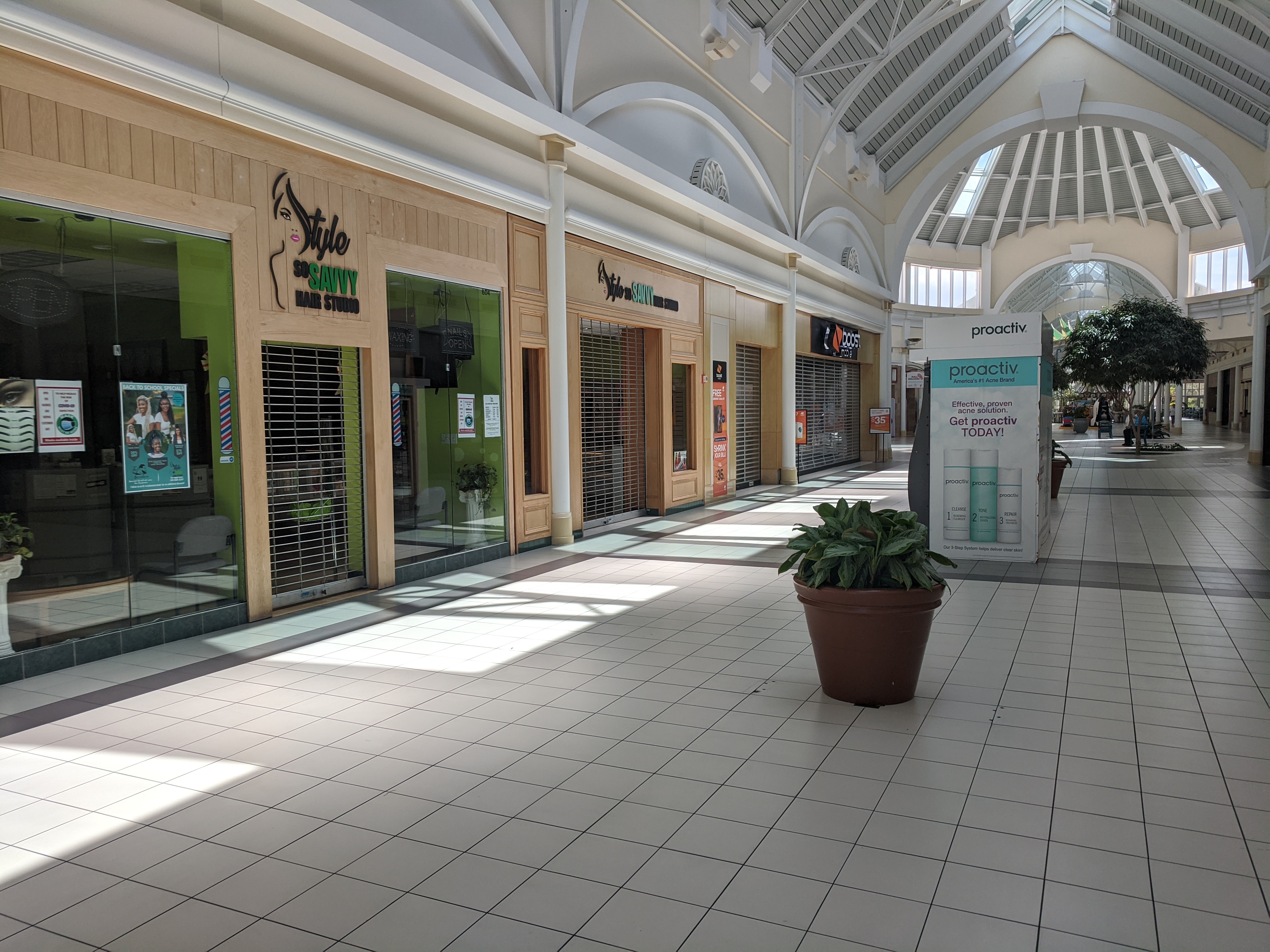 The mall's rather beautiful entry hallway, with it's lower rent tenants. 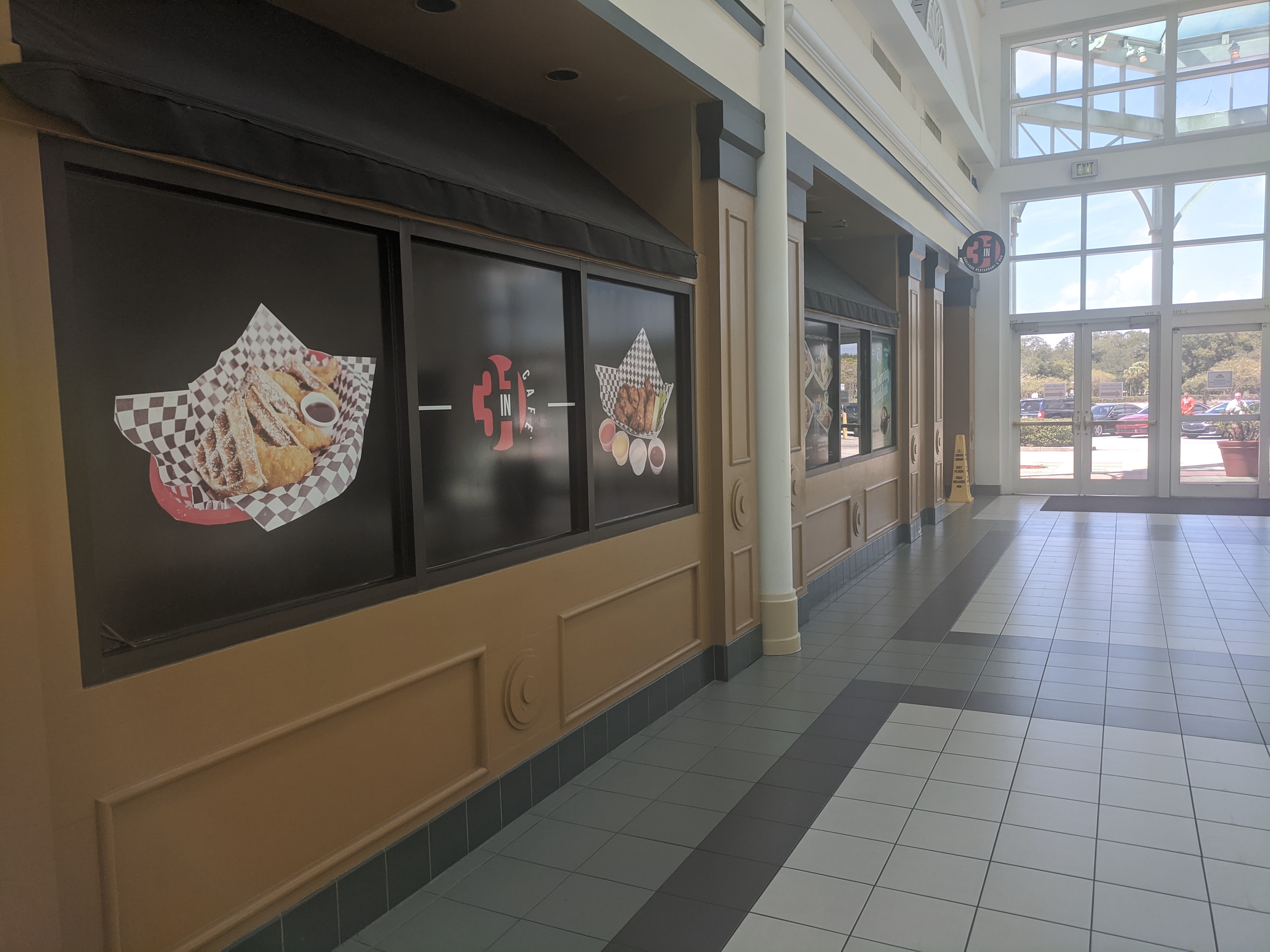 What I believe is a former Ruby Tuesday- they had a lot of mall locations in Florida, back in the day. 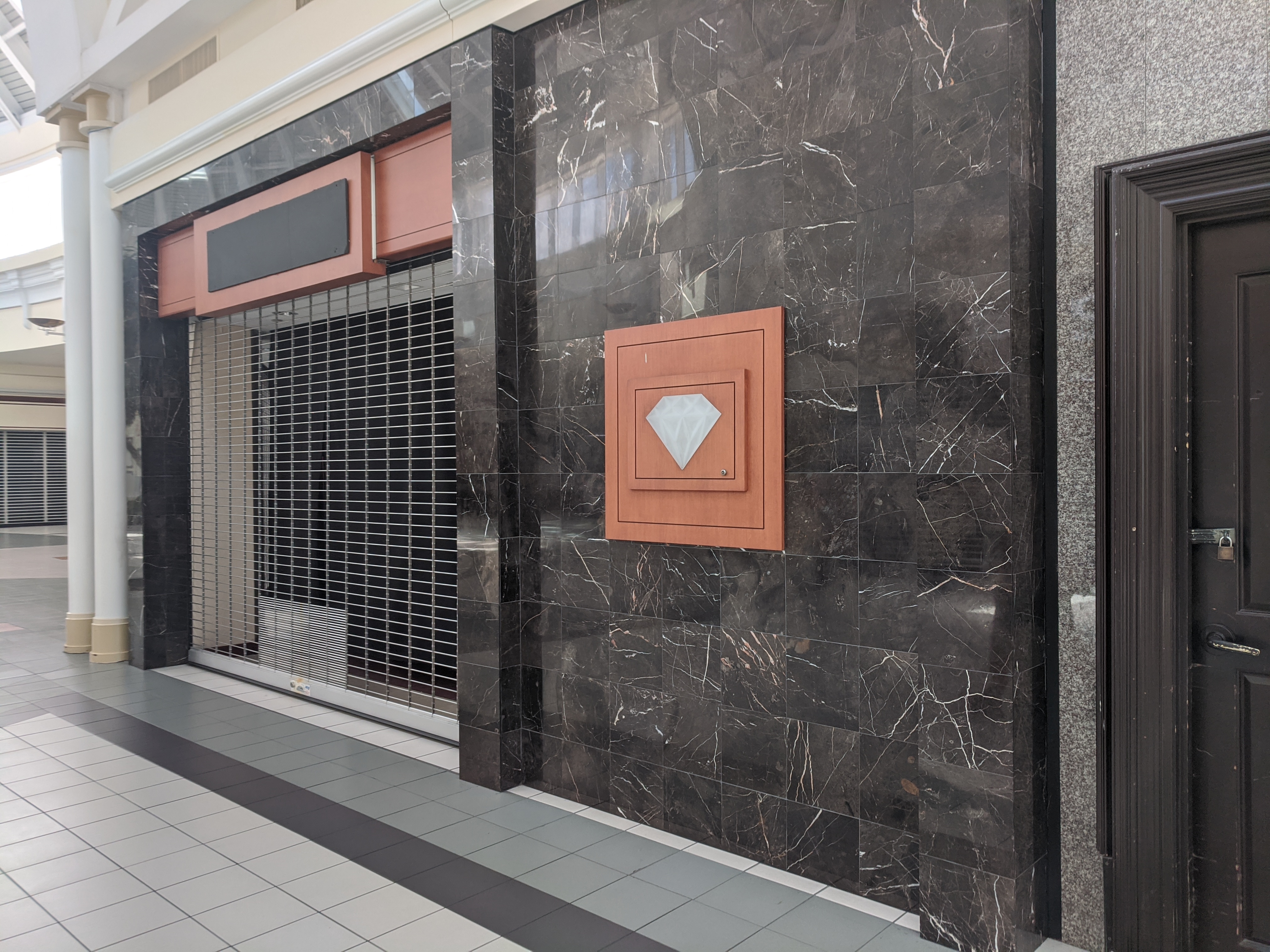 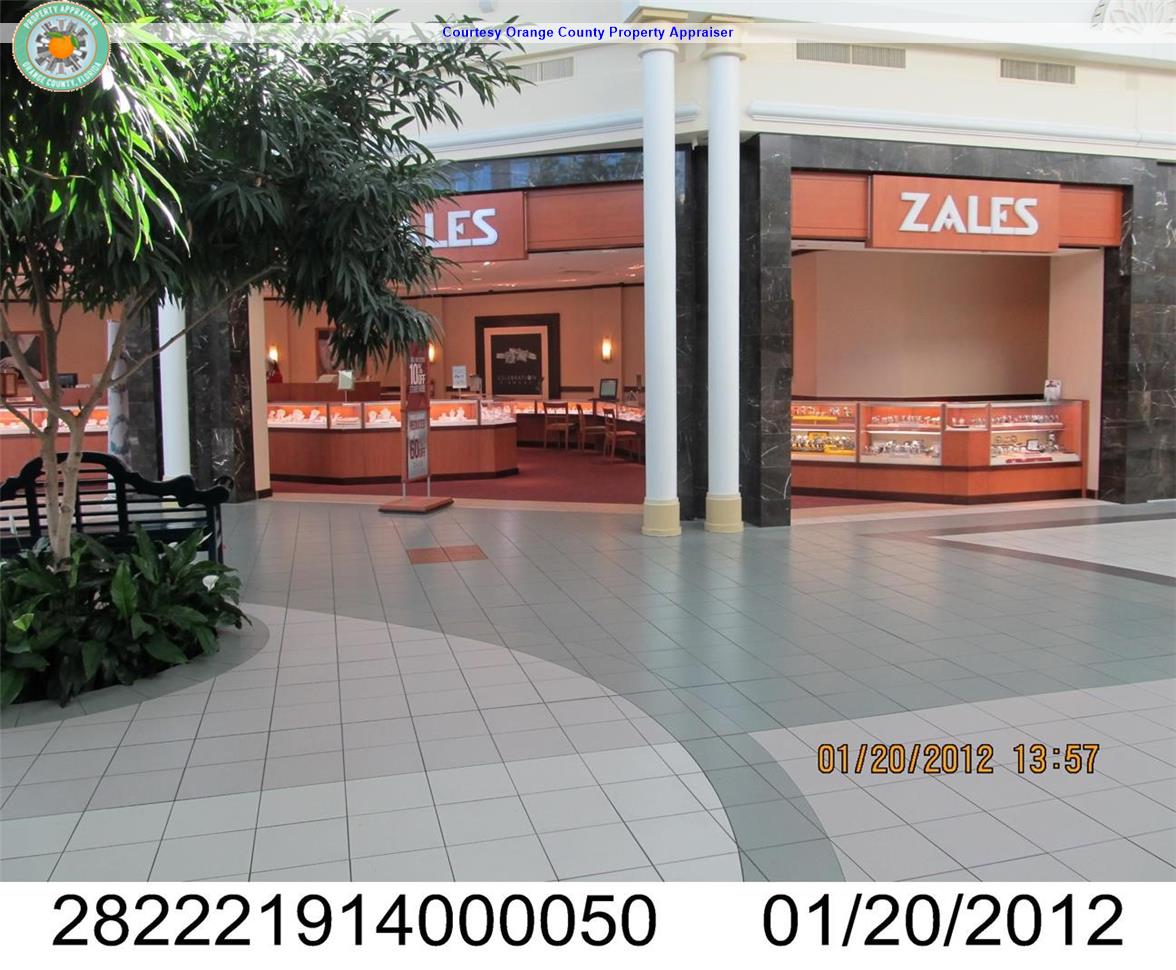 And here comes our first comparison! On the left is my 2020 photo of a closed-up Zales, with a 2012 property assessor photo on the right showing it soldering on in 2012. 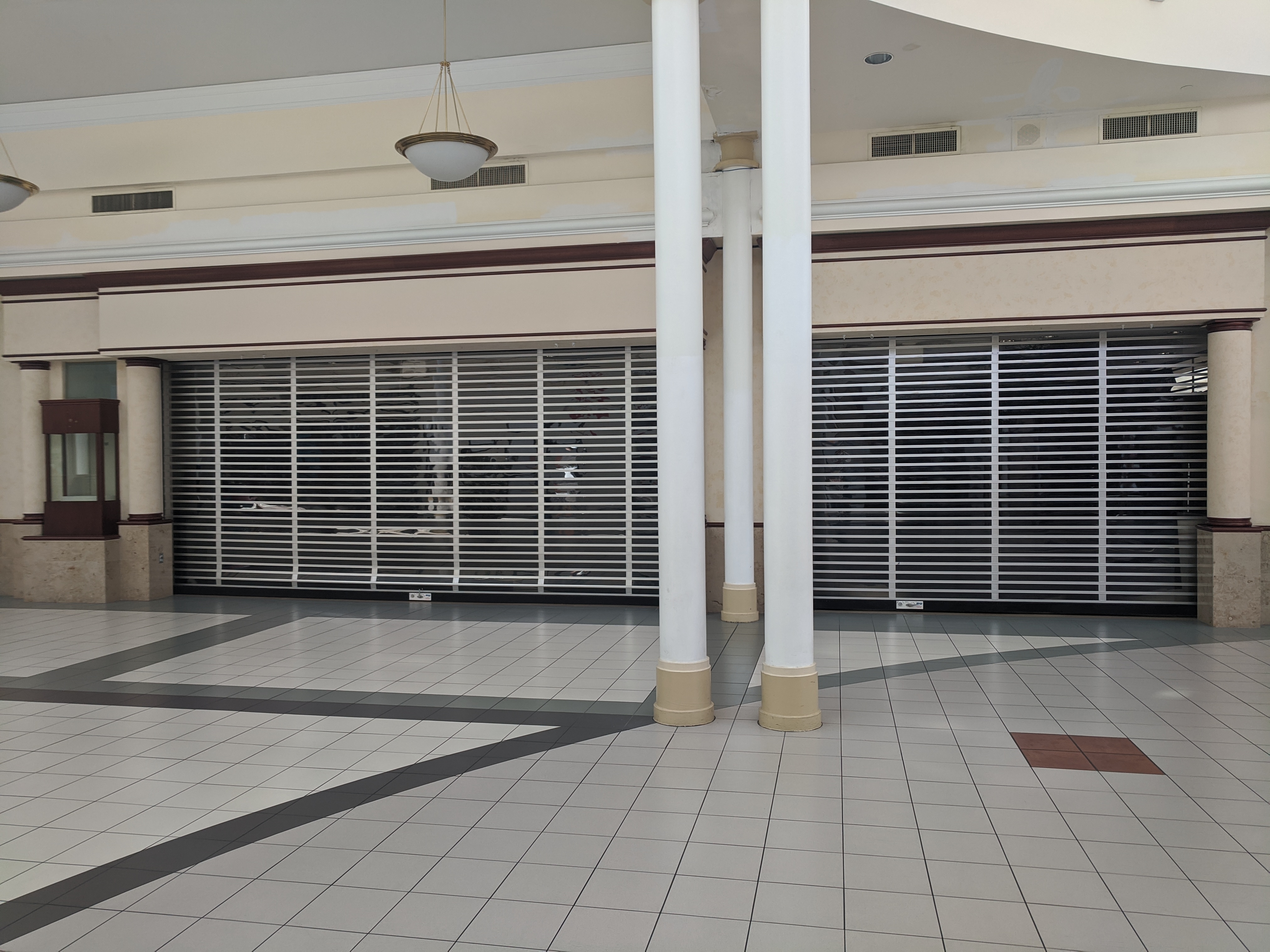 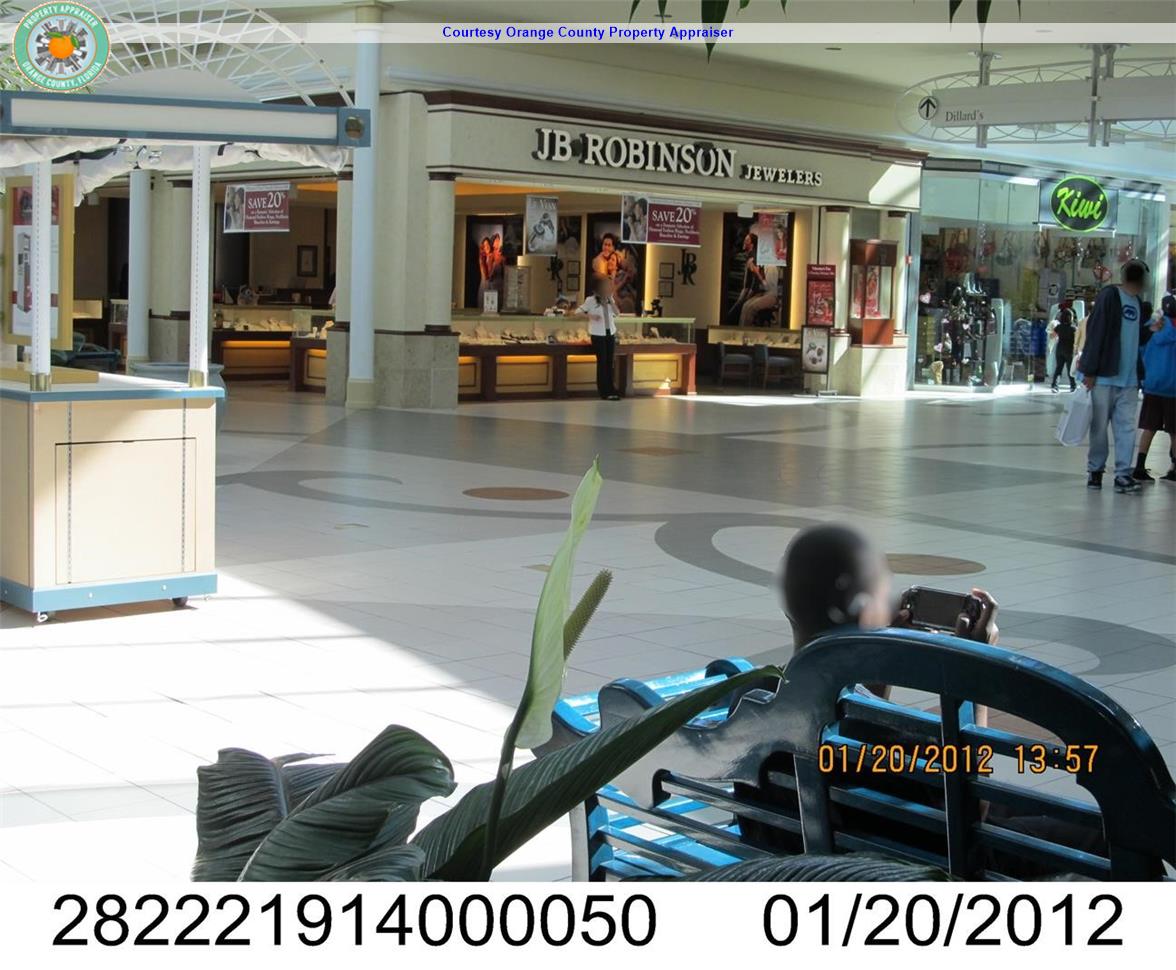 J.B. Robinson is a chain I haven't heard much about, but they had a nice storefront here at West Oaks. 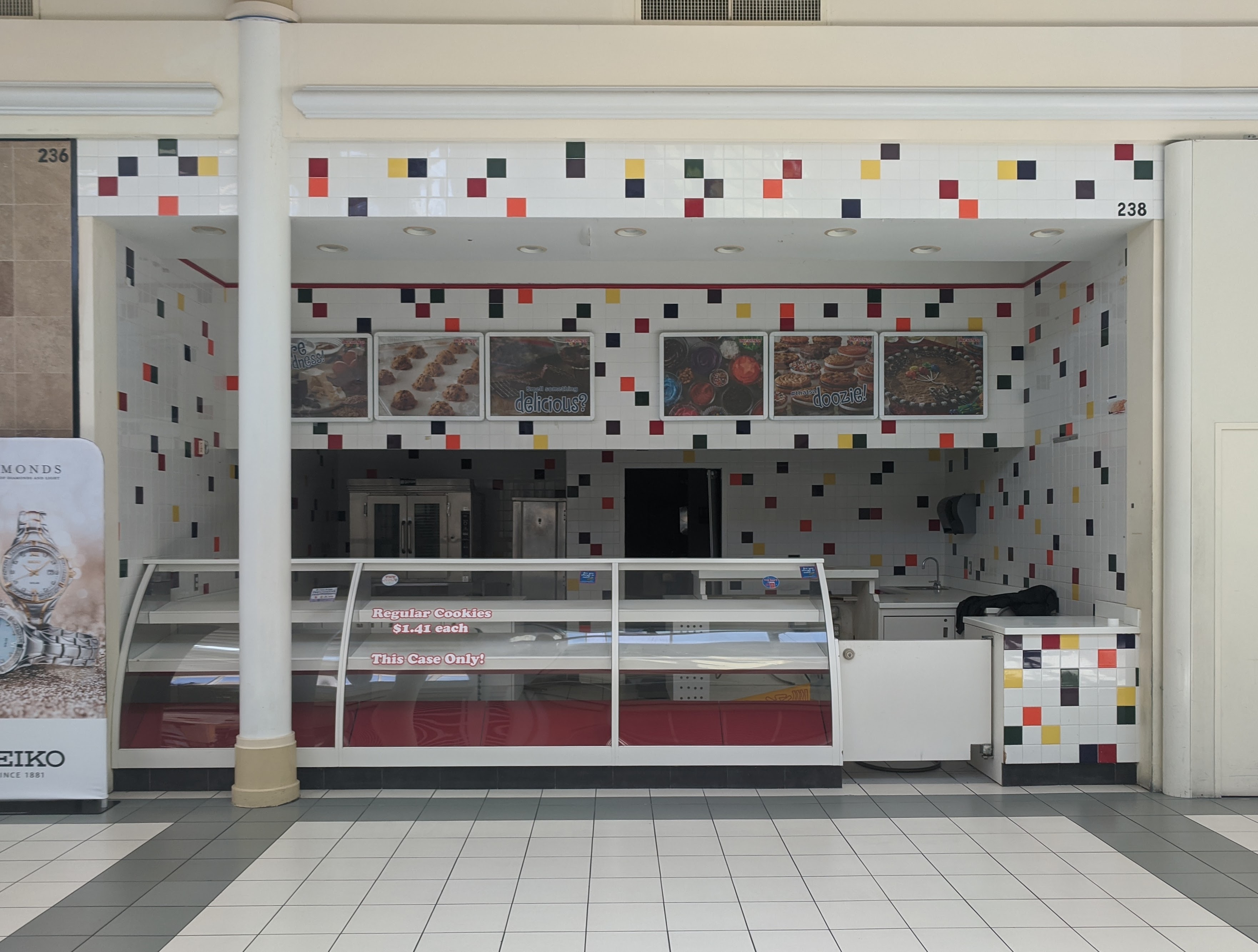 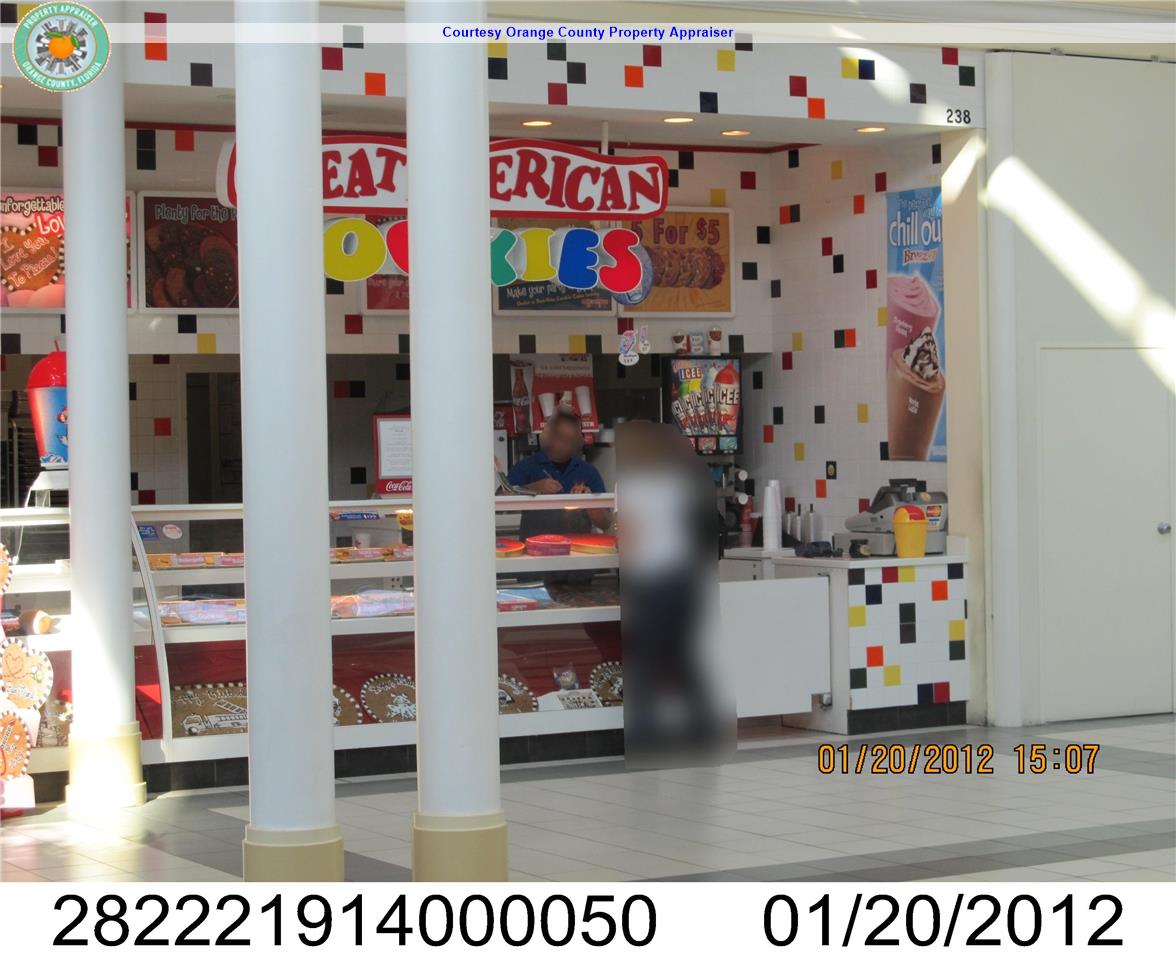 Great American Cookies always have really colorful, recognizable storefronts, and they're always a welcome splash of color in a dead mall. 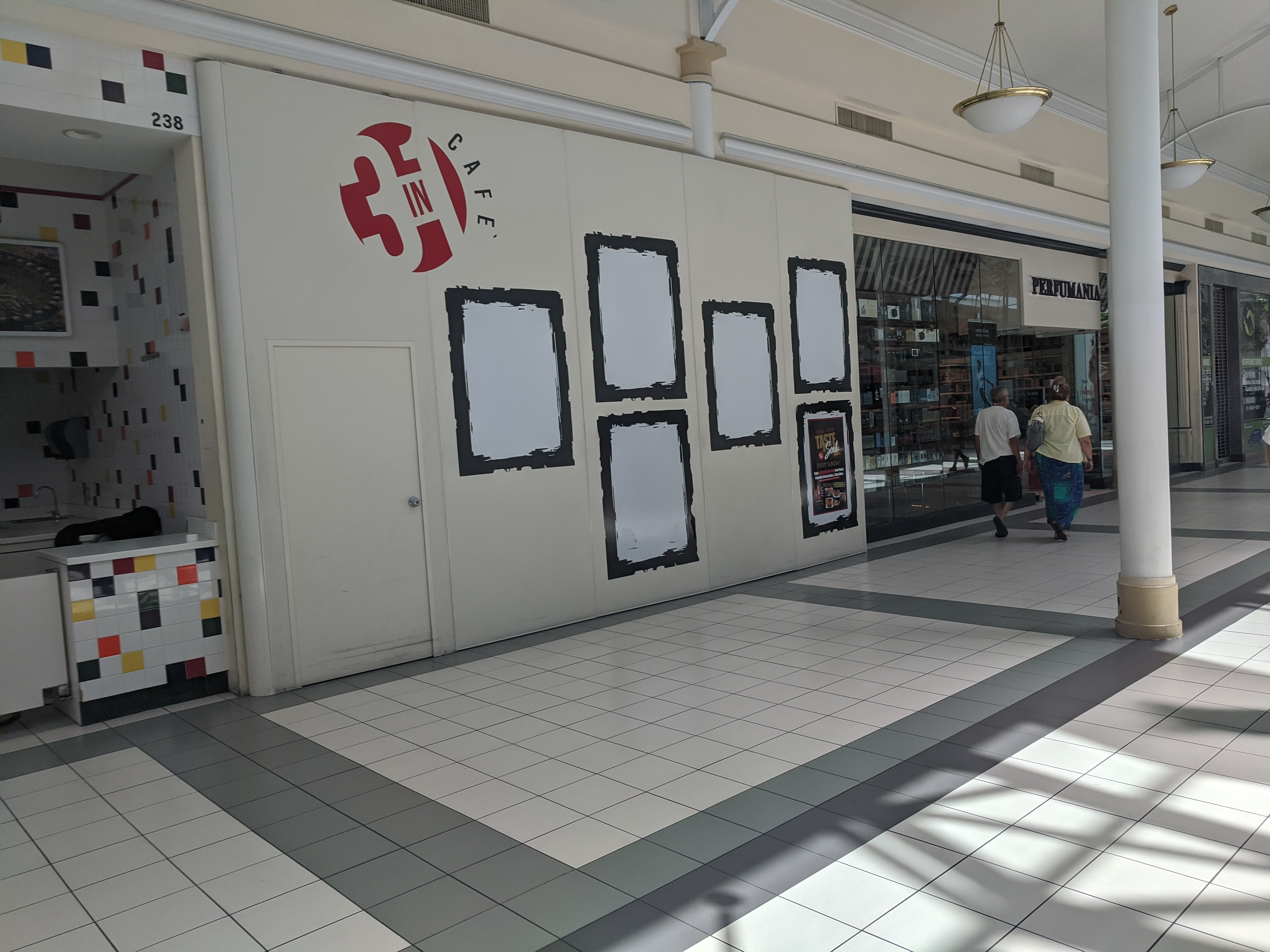 An unknown and walled off food court space here is being used to advertise 3in1 Cafe, which operates out of the former Ruby Tuesday. If I had to guess, this space has been vacant a long time, as it dates back to when the mall had owners who would care enough to wall up a vacant storefront. 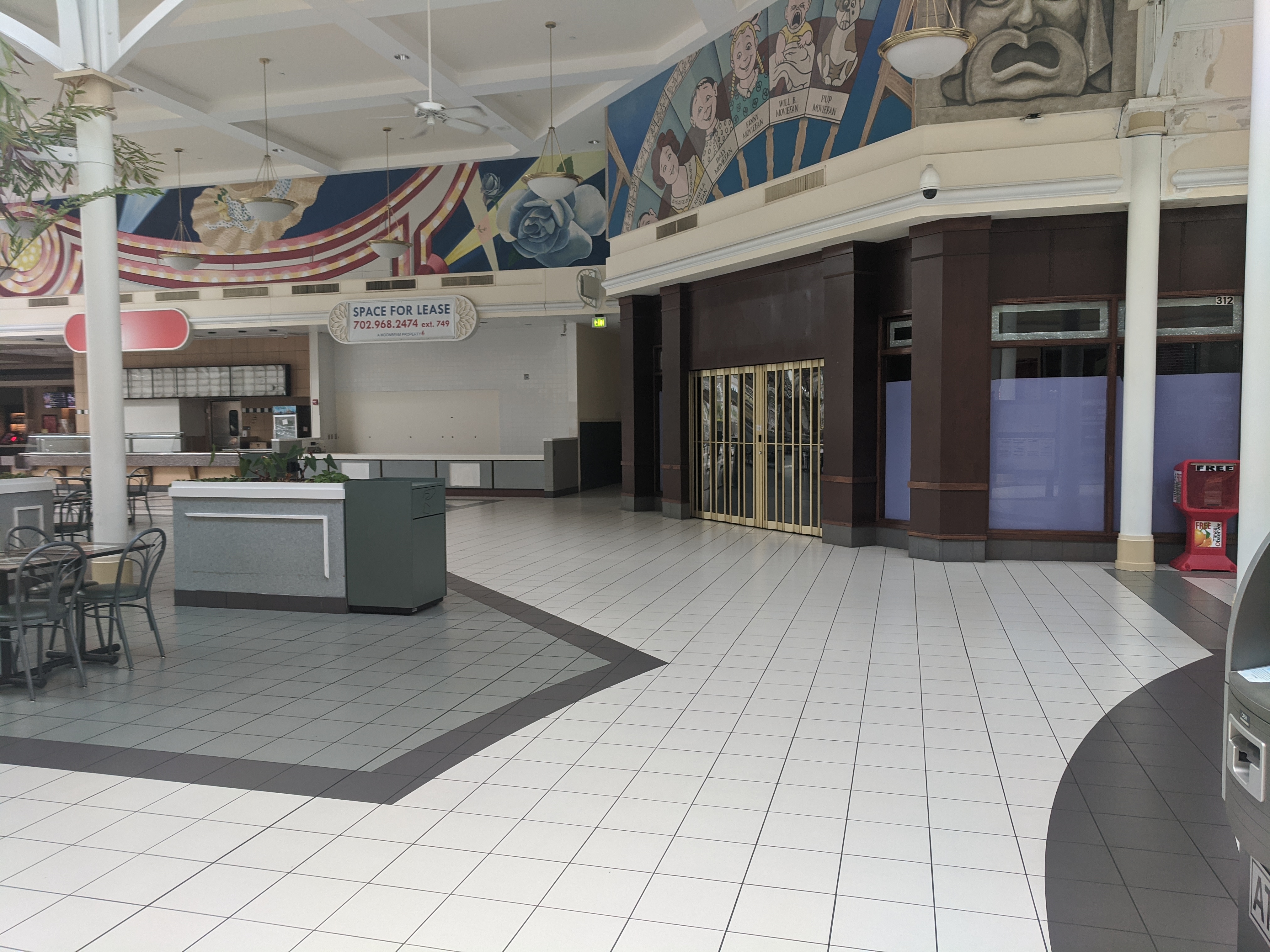 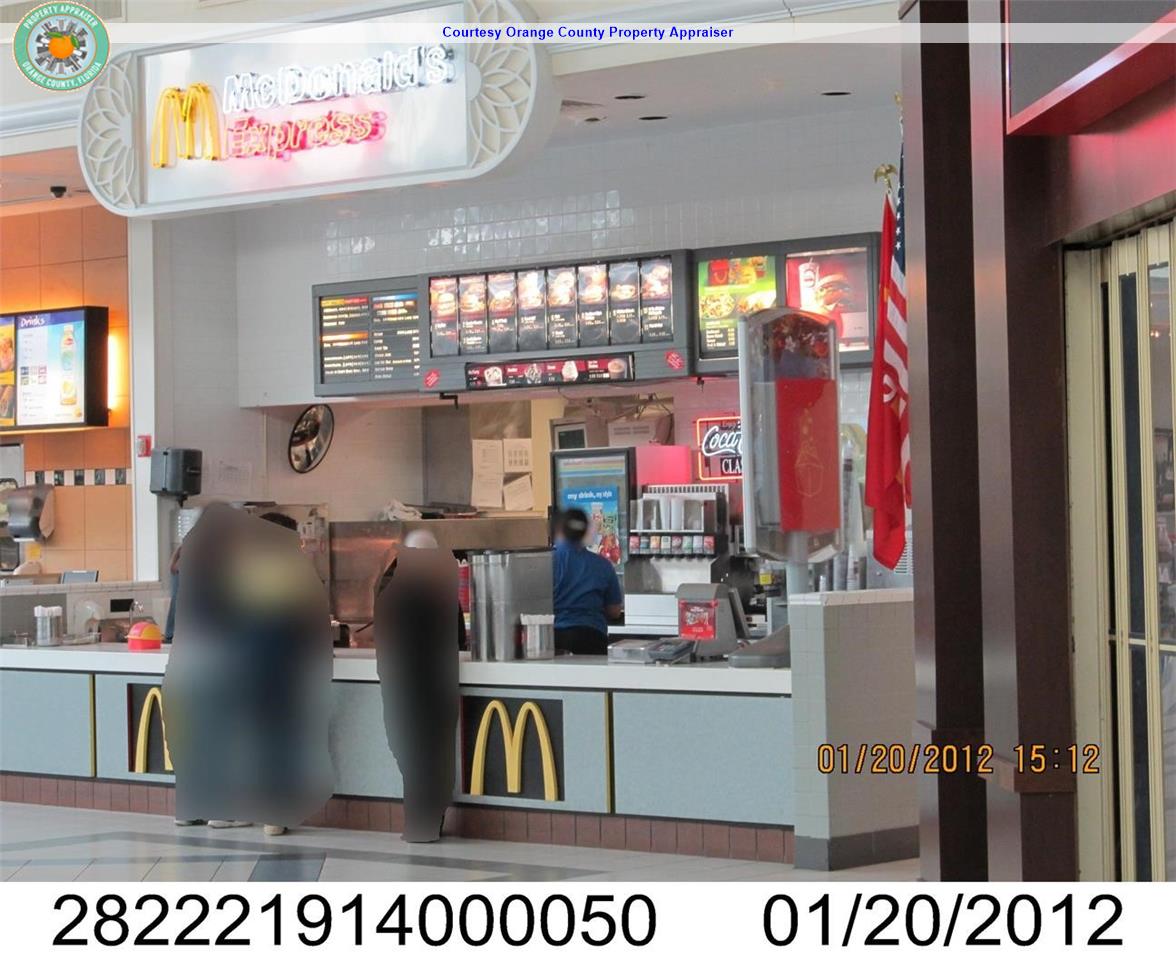 In the center of my 2020 photo is a former McDonald's Express, a now rarely sighted breed of McD's. This one also featured some wonderful neon. 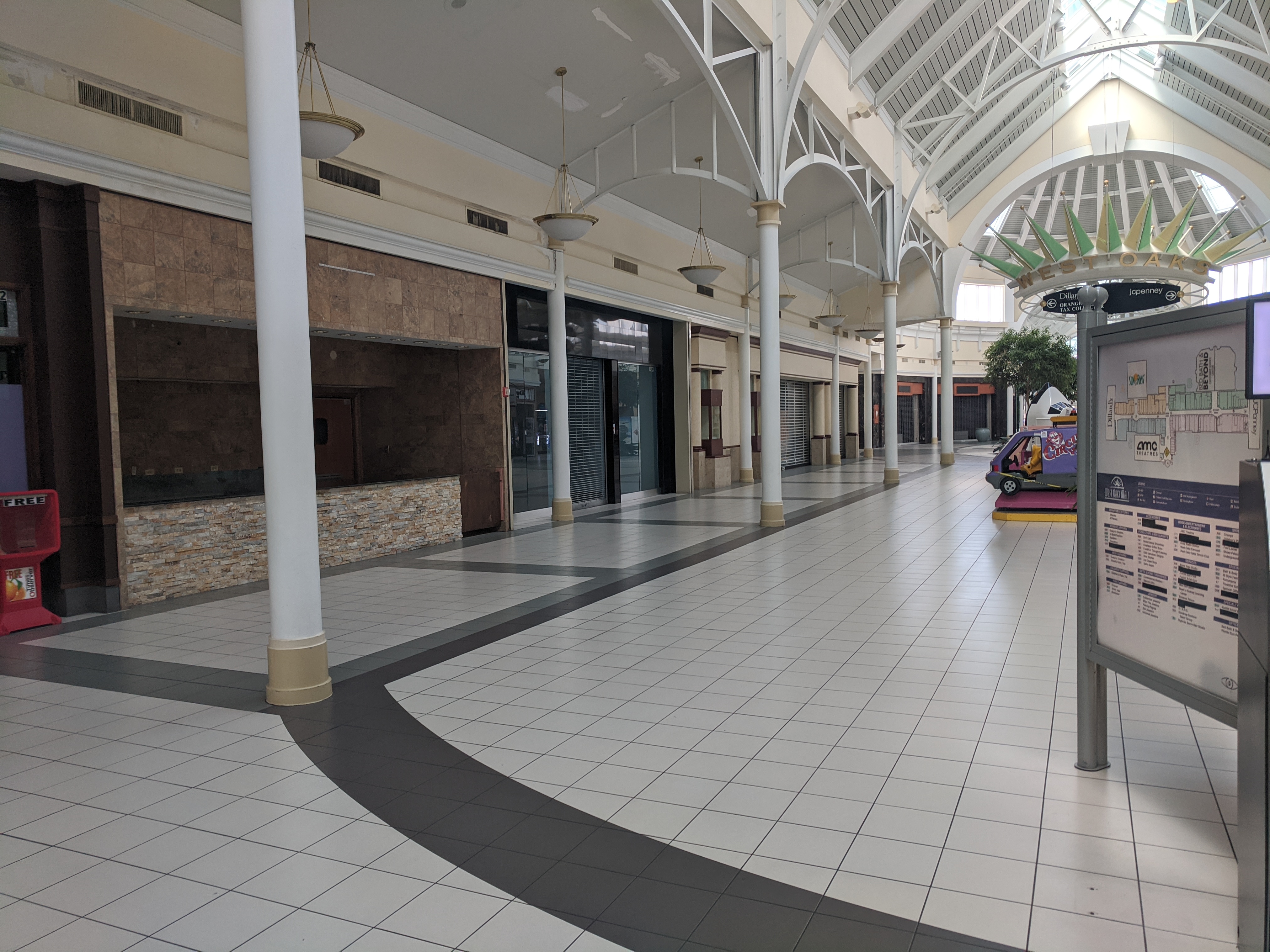 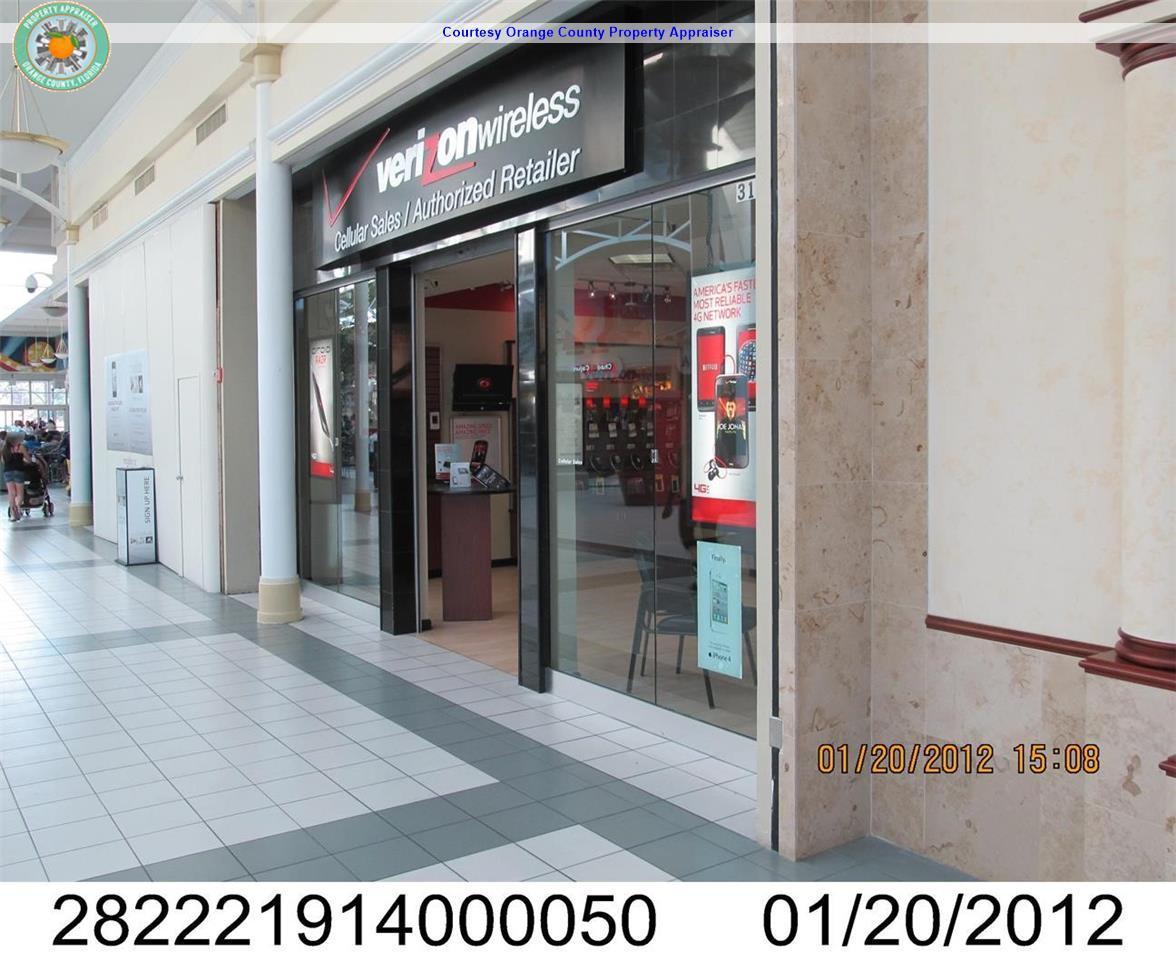 Our property assessor photo here actually shows the left storefront walled off, so I guess it got some kind of tenant after that point. The middle space was a Verizon phone store, which are usually dead mall holdouts. 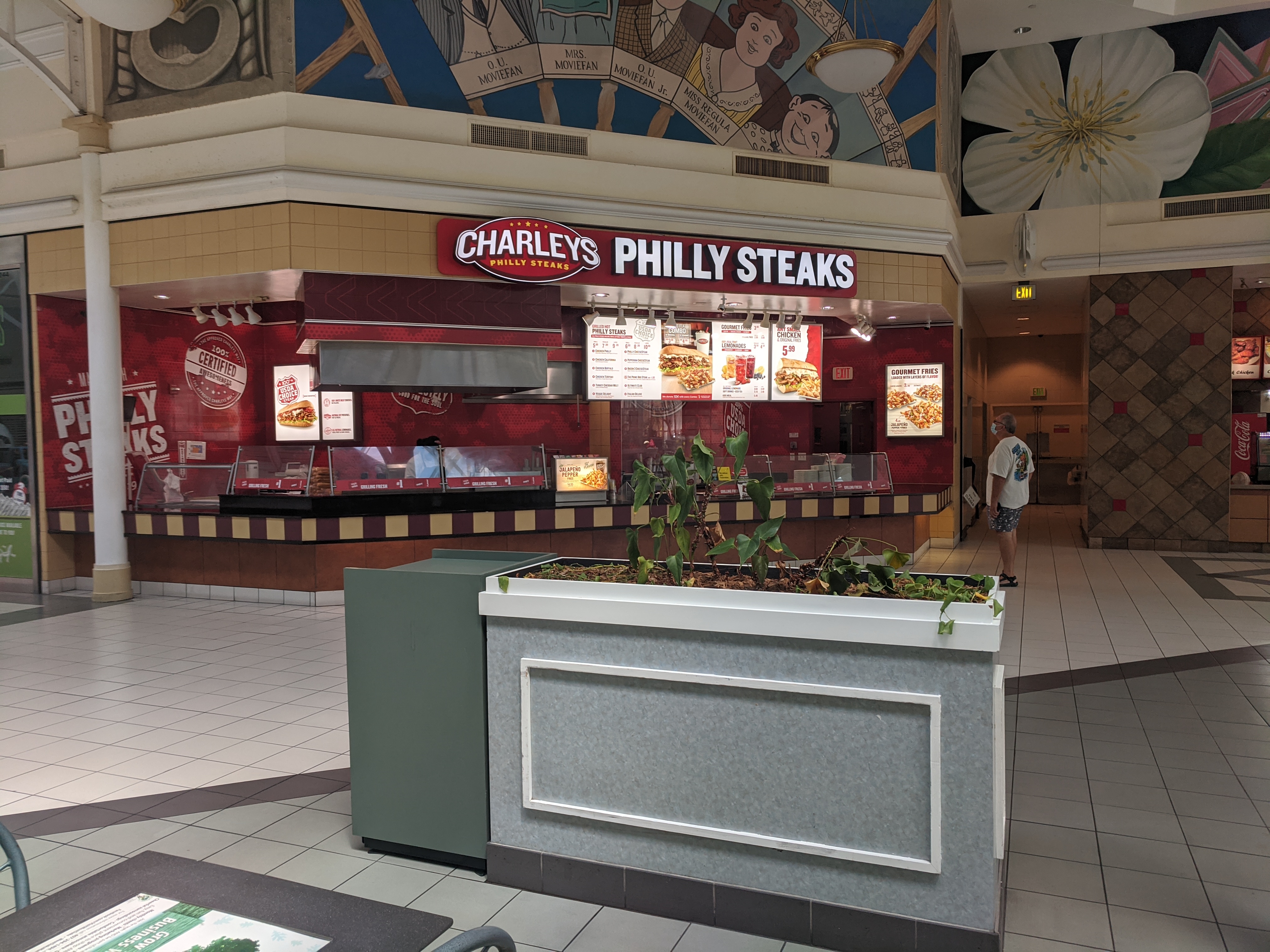 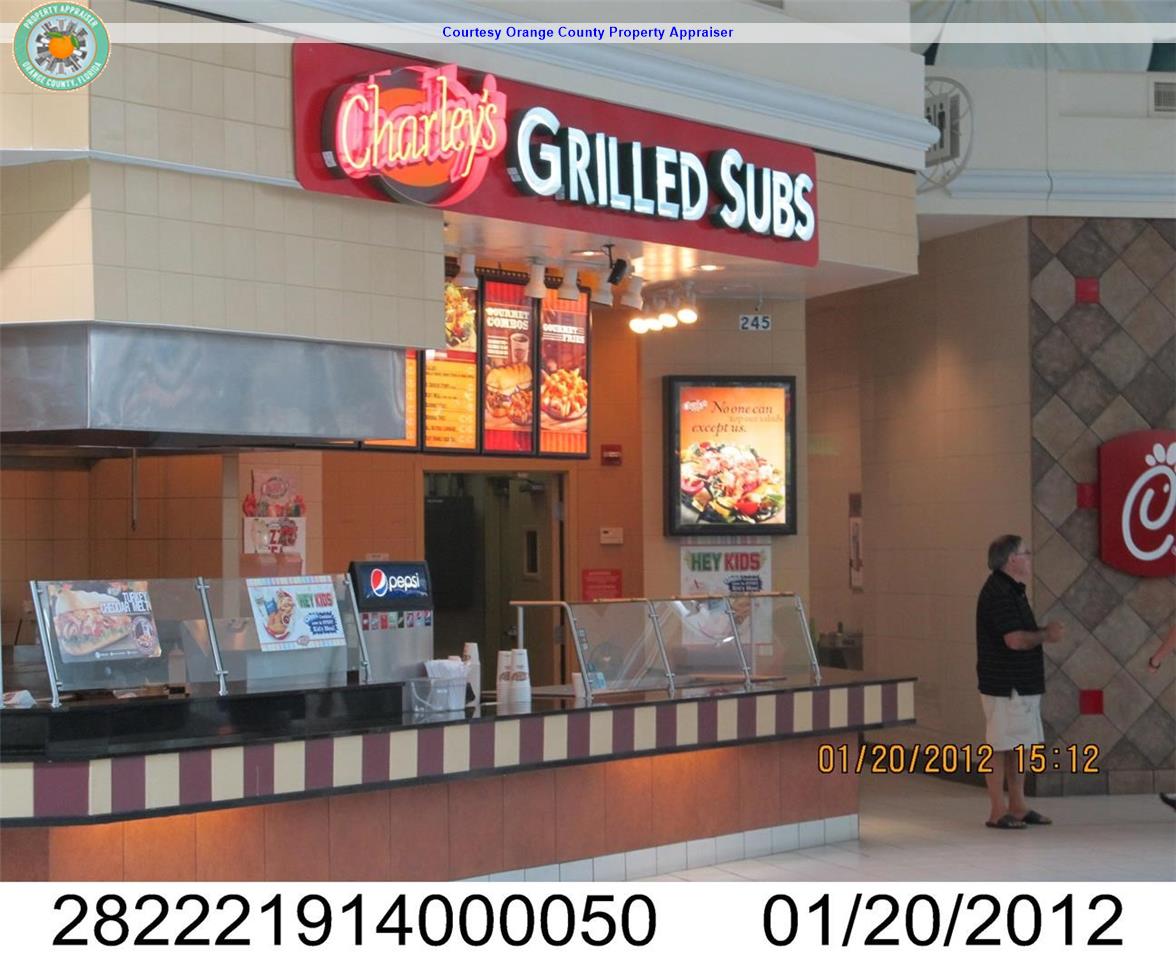 Charley's, while still at the mall, made the serious, disappointing mistake of swapping out their neon for a more convential sign. Ain't nothing worse than a neon sign replaced. They also went back to focusing on Philly Steaks instead of Grilled Subs. 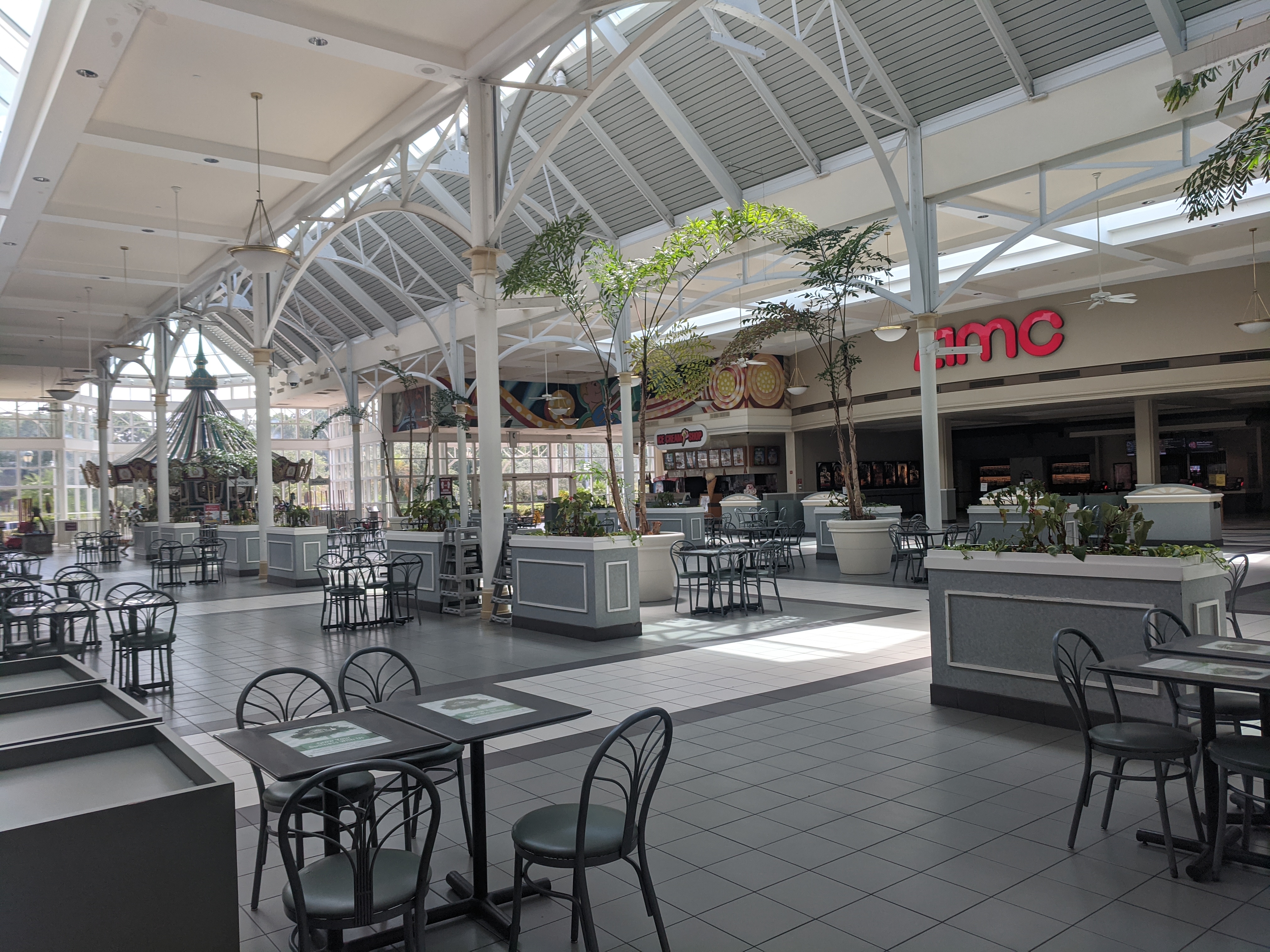 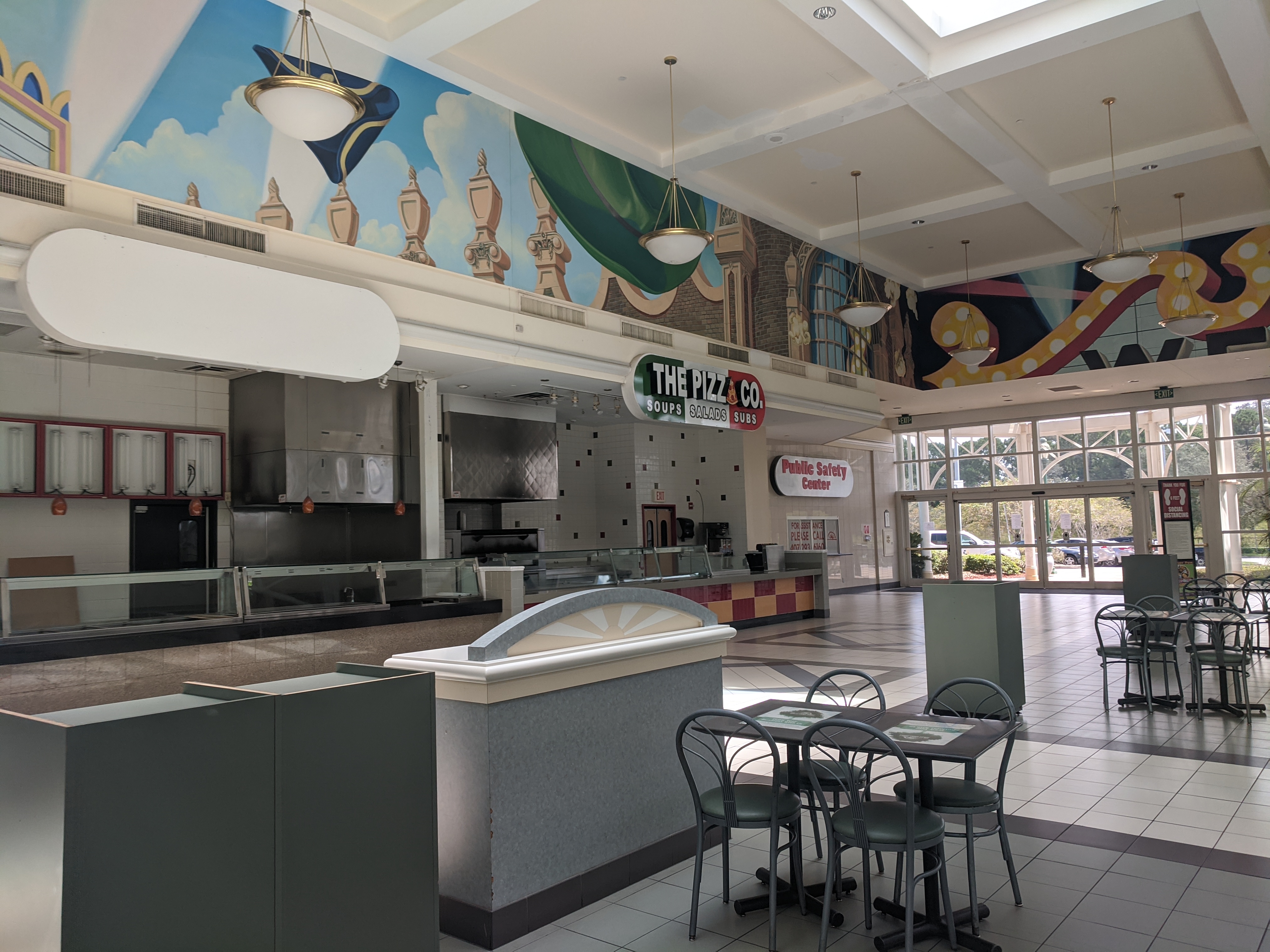 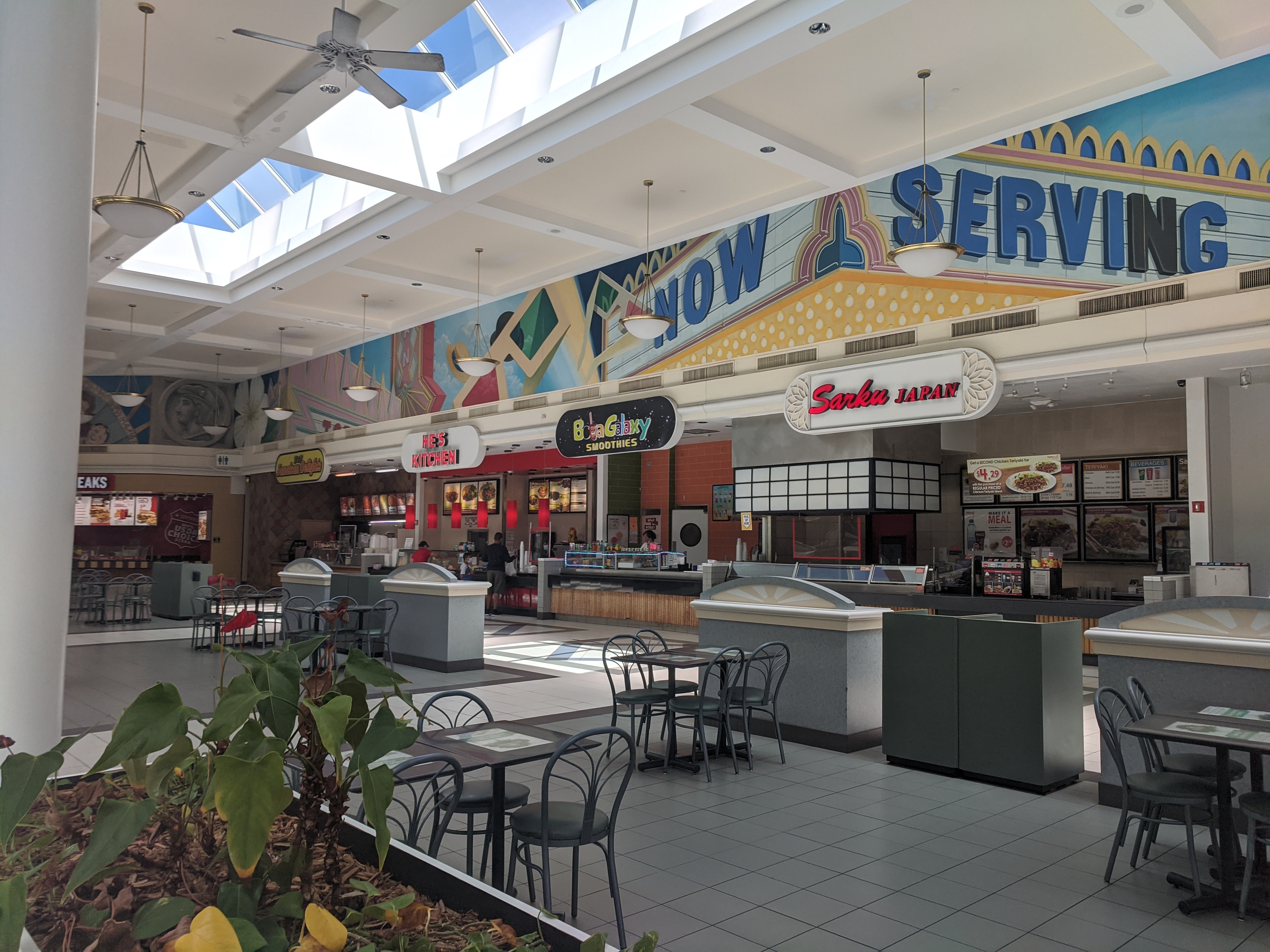 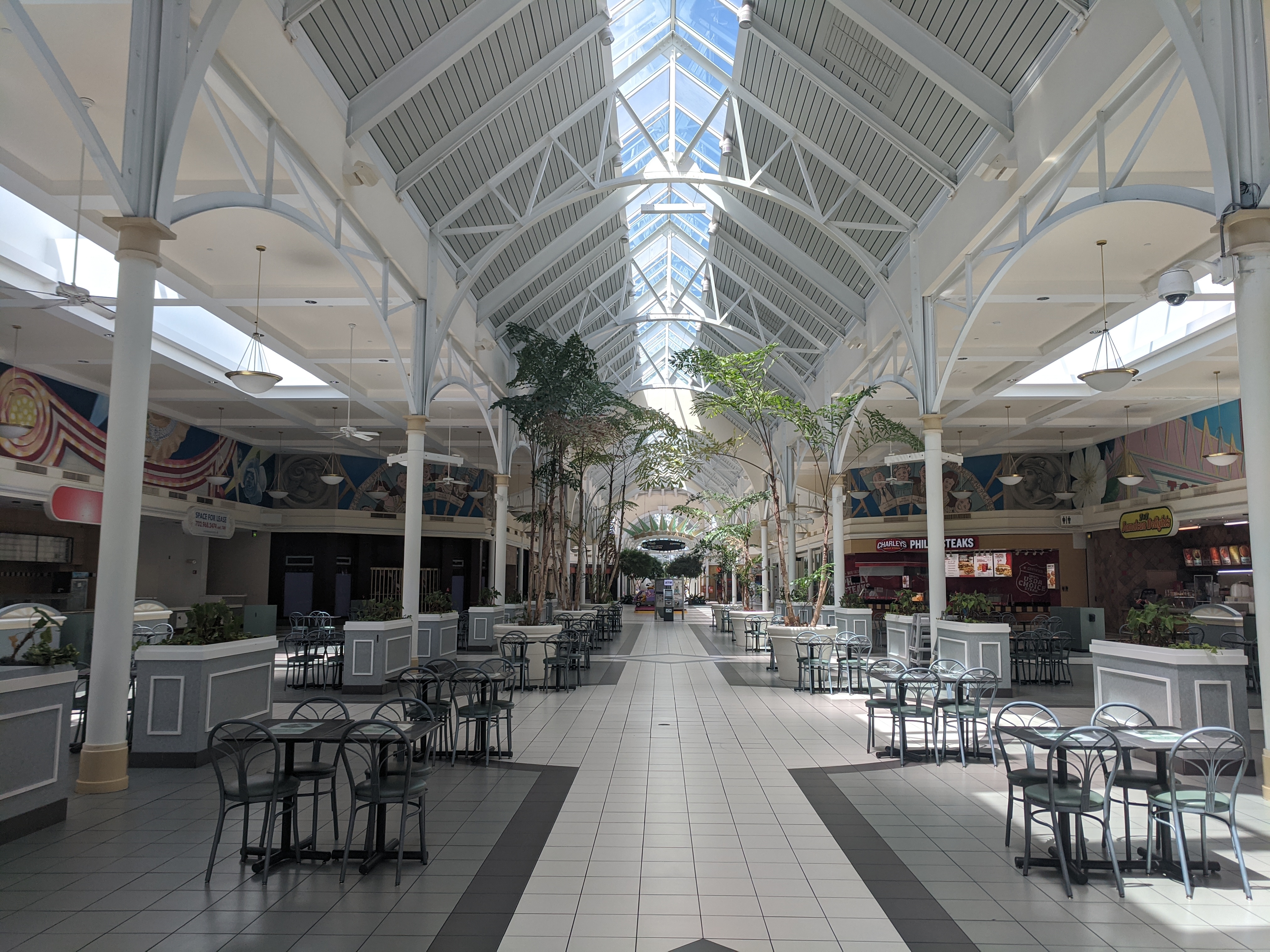 A whole spread of food court photos. The food court here is very nice- lots of light coming in through all the glass, a carousel, and some fun theater-theming to reflect AMC Theatres, which has it's mall entrance here. 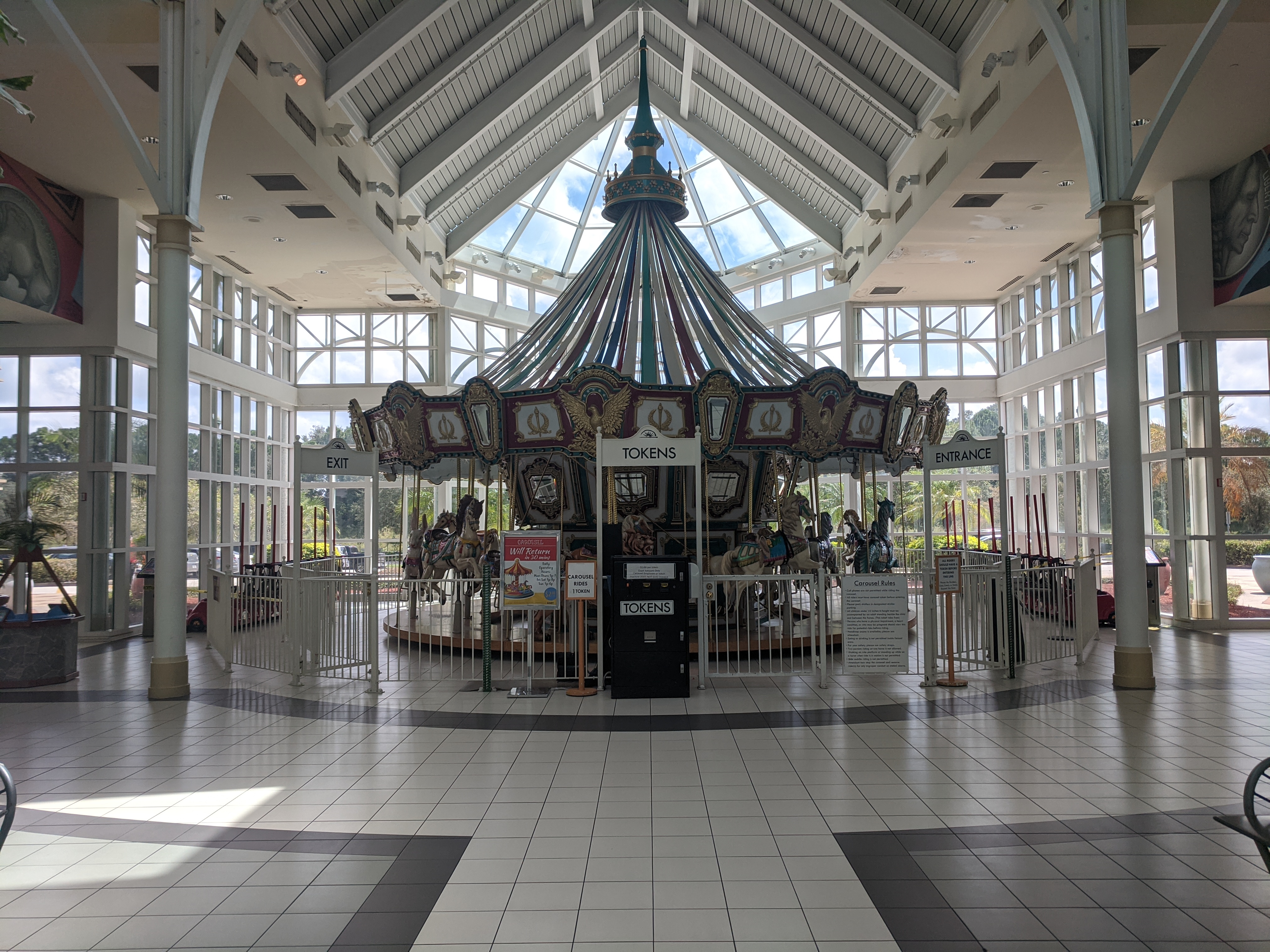 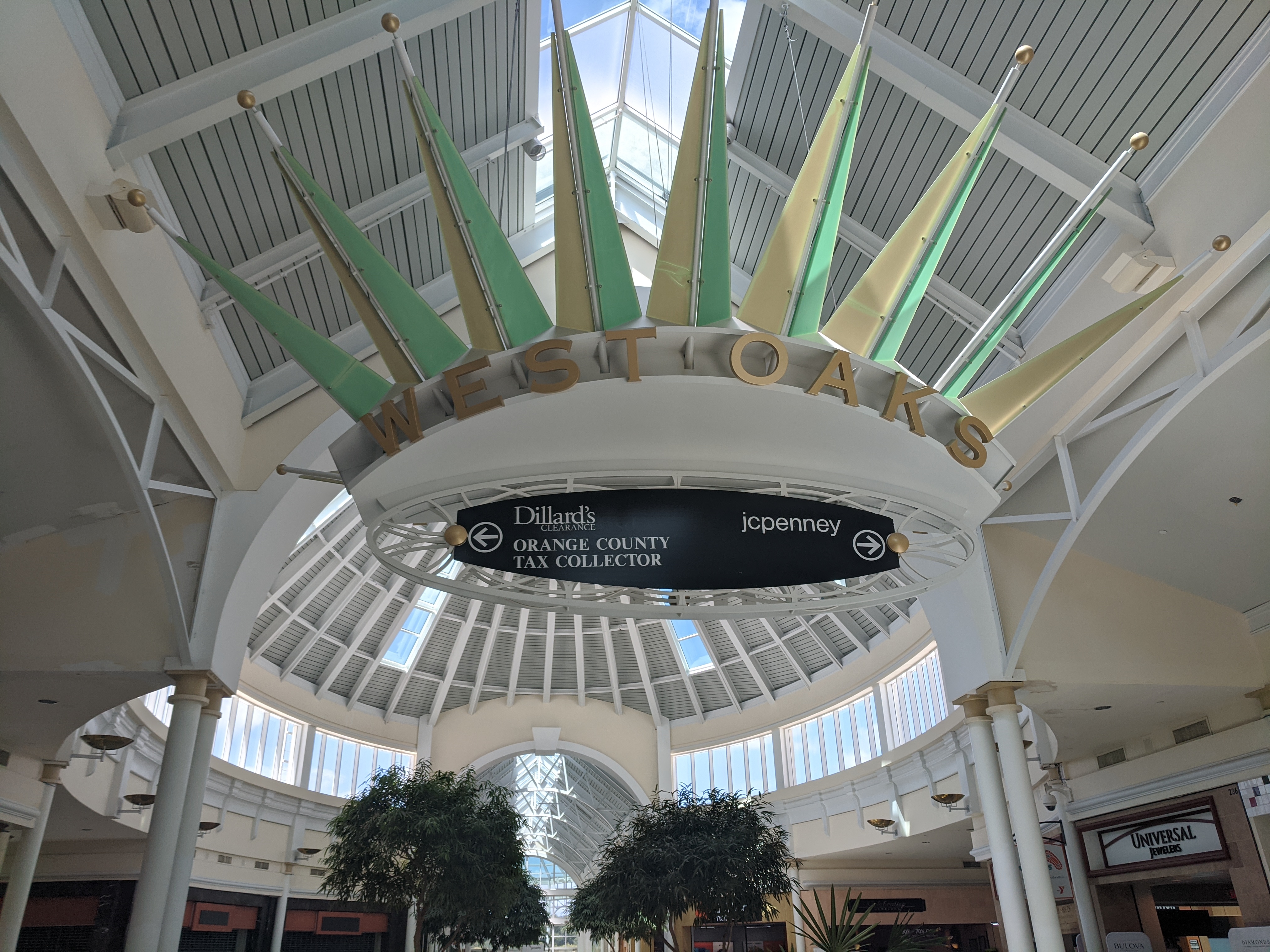 Two of my favorite shots from this part of the mall. The carousel and the large "WEST OAKS" sign (which says FOOD COURT on the other side, facing towards the food court). Coulda sworn I had a photo of that other side... 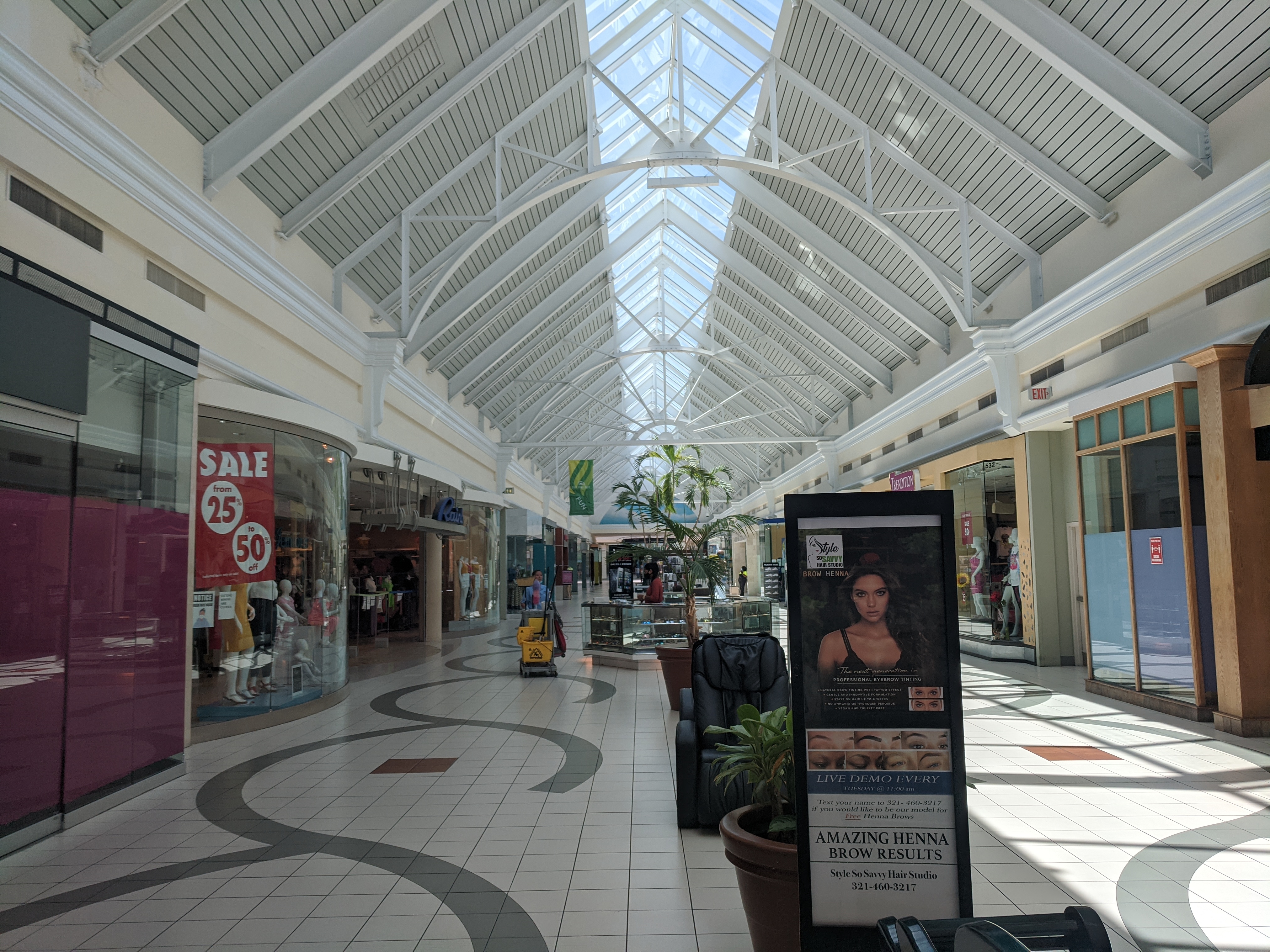 Heading back into the mall proper, we get this nice shot of the mall corridor. 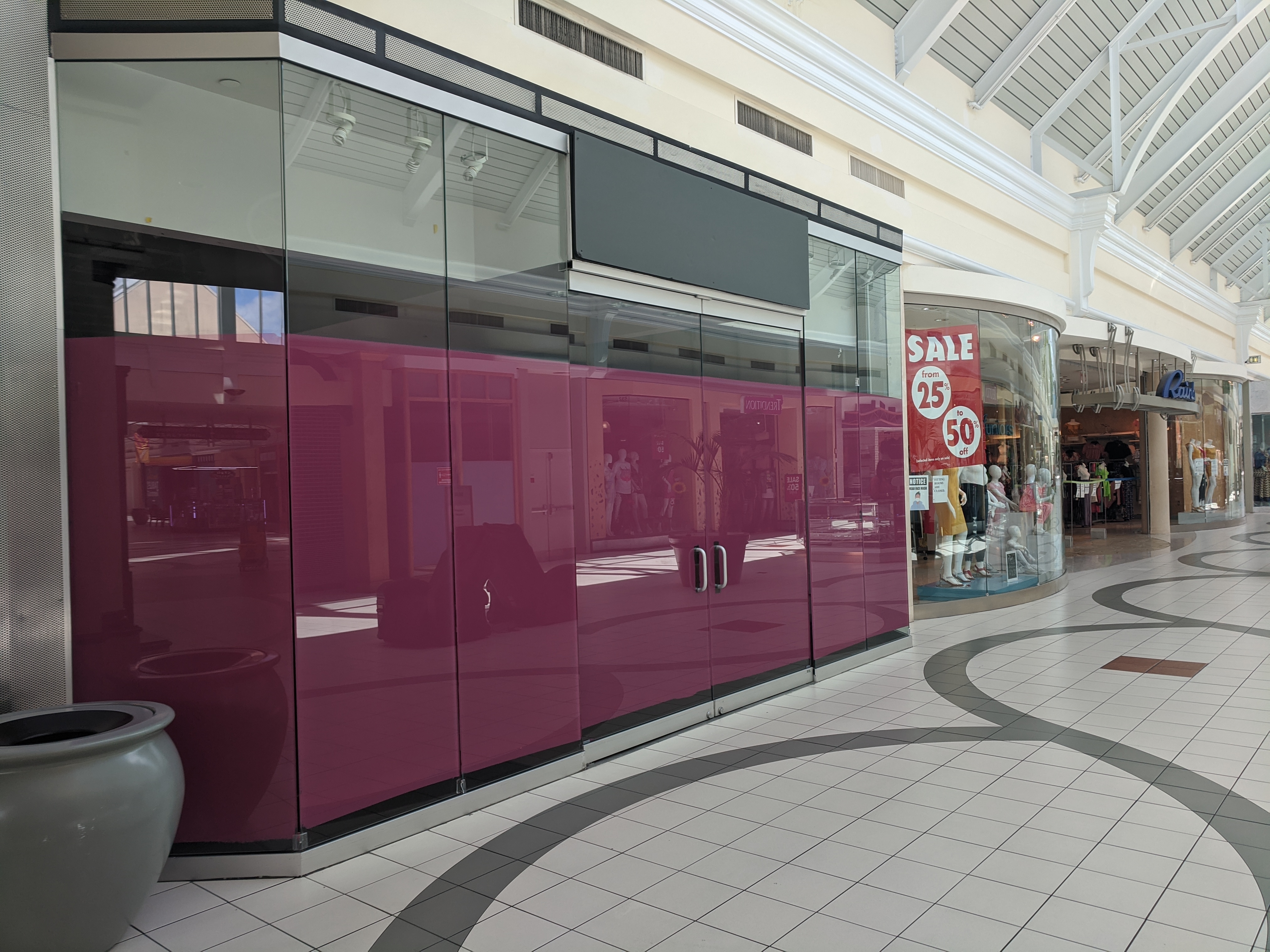 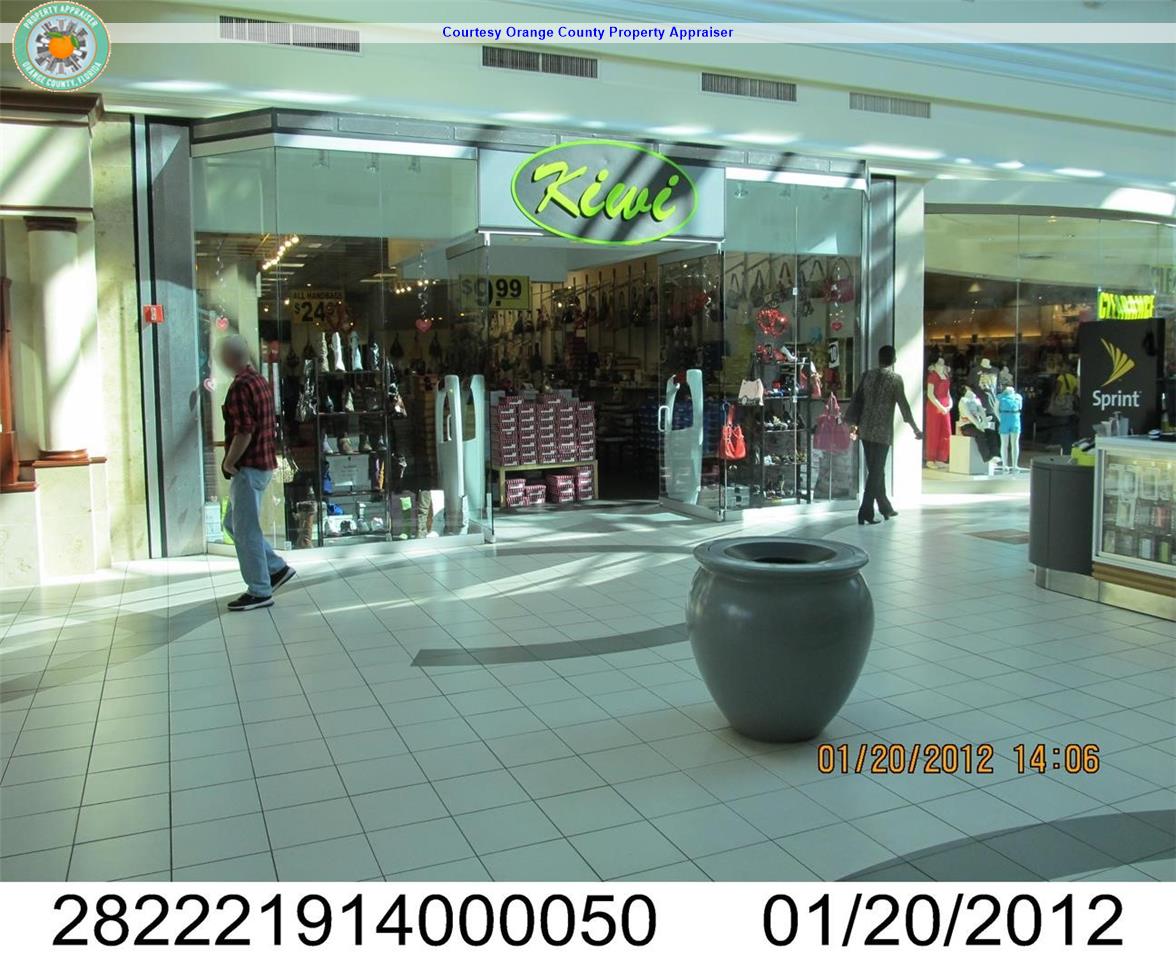 Here's a storefront that even in 2012, was still an independent store. I'm not sure what this would have been originally. 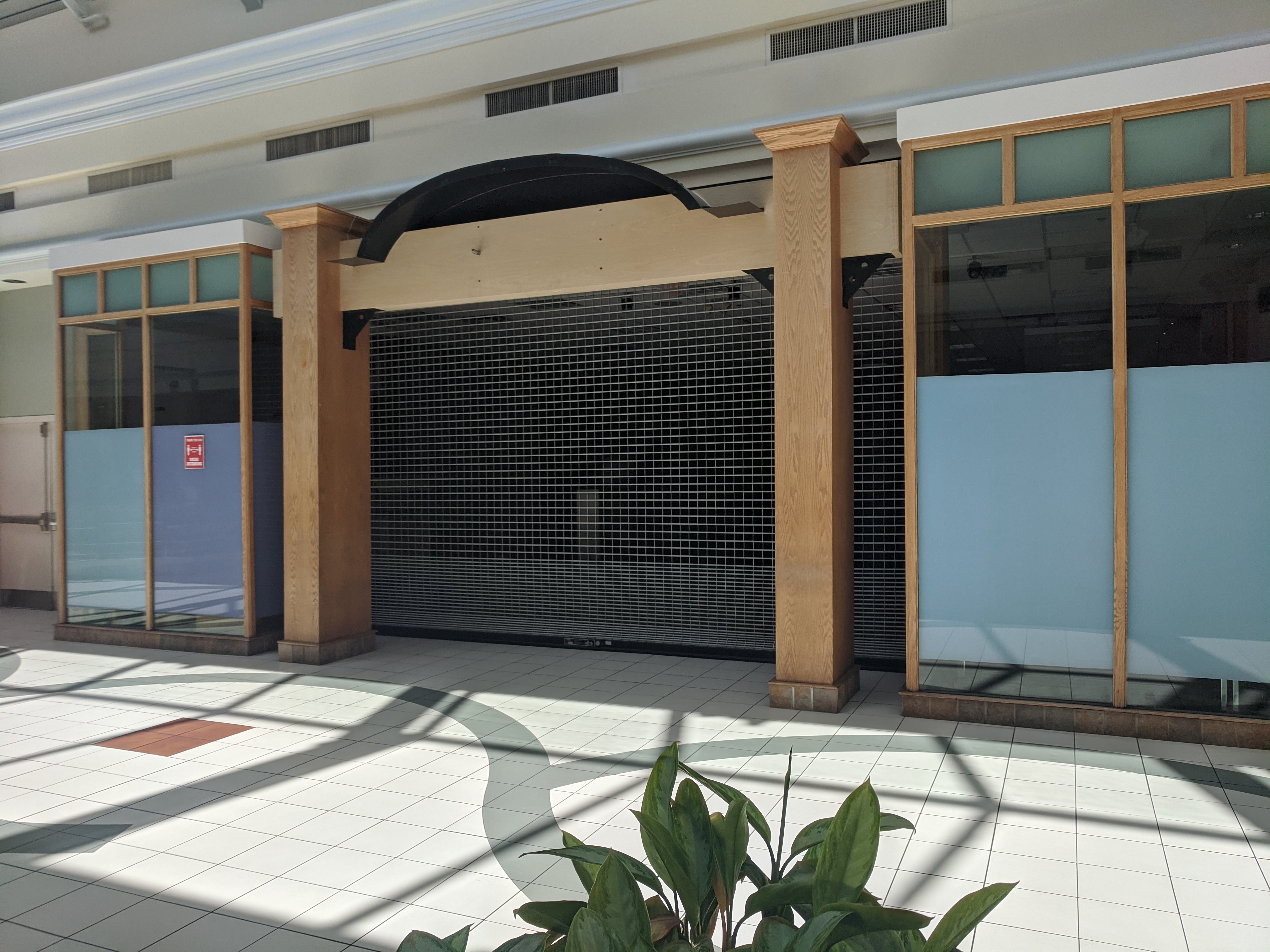 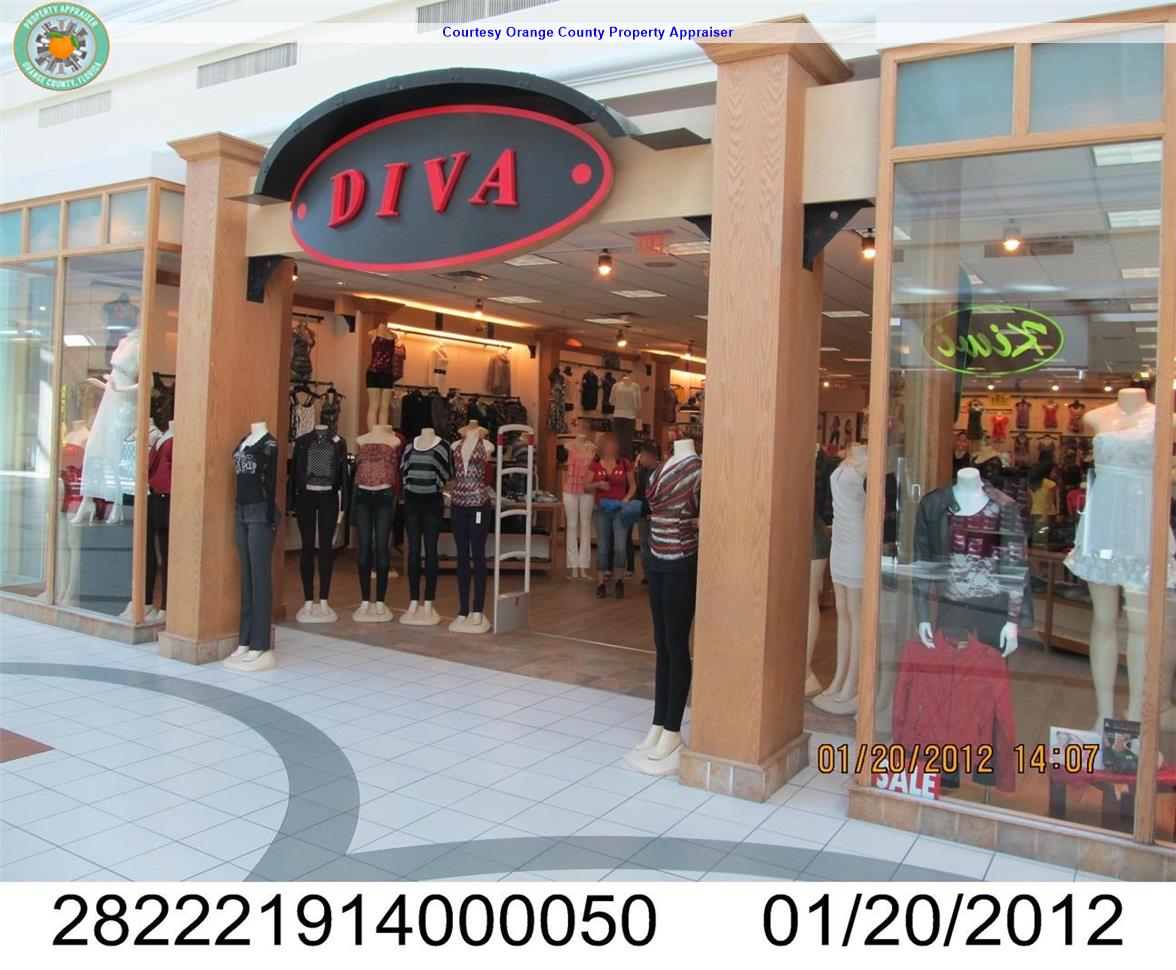 Right across the hallway here was another independent clothing store, in a former American Eagle. 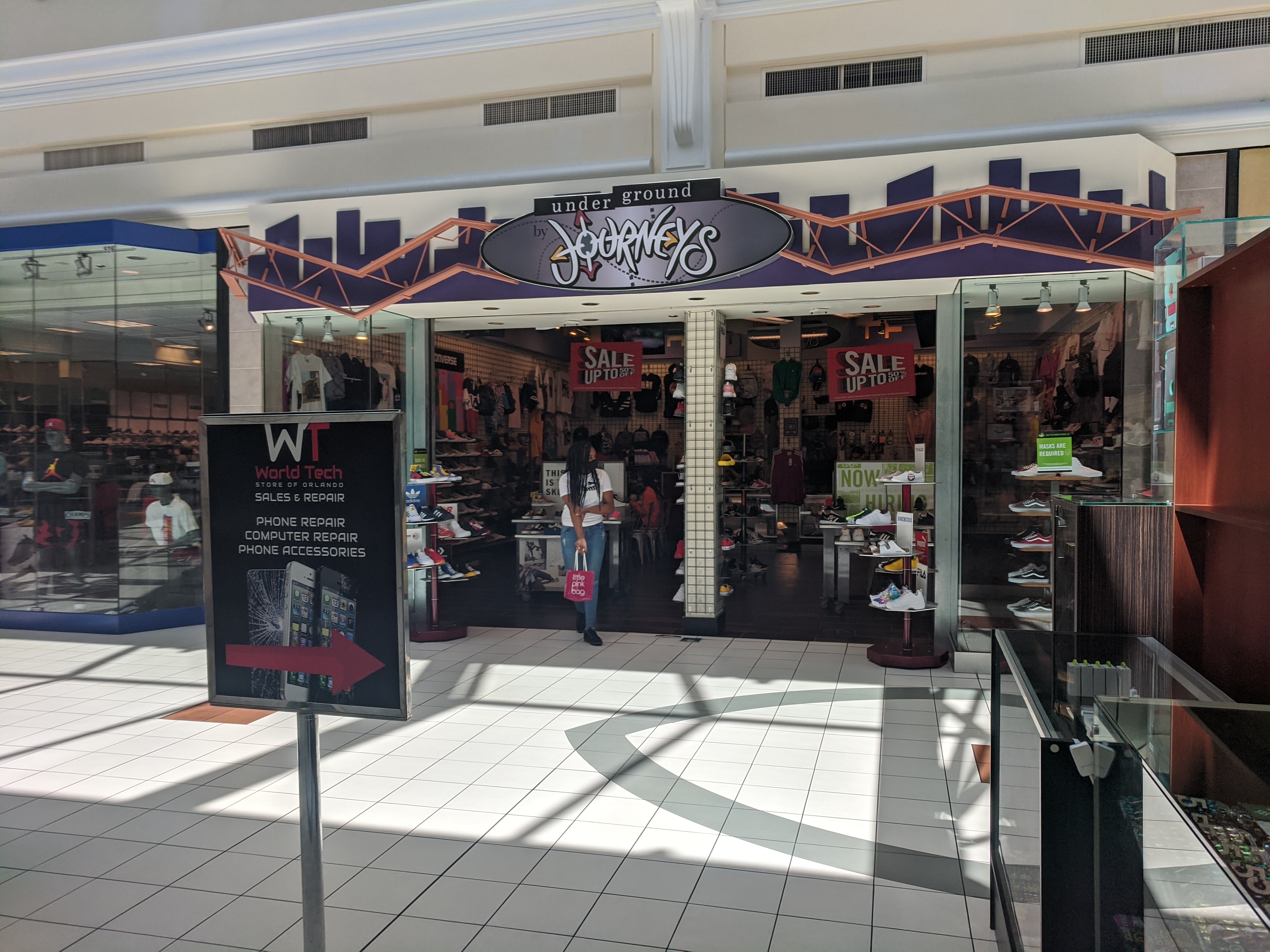 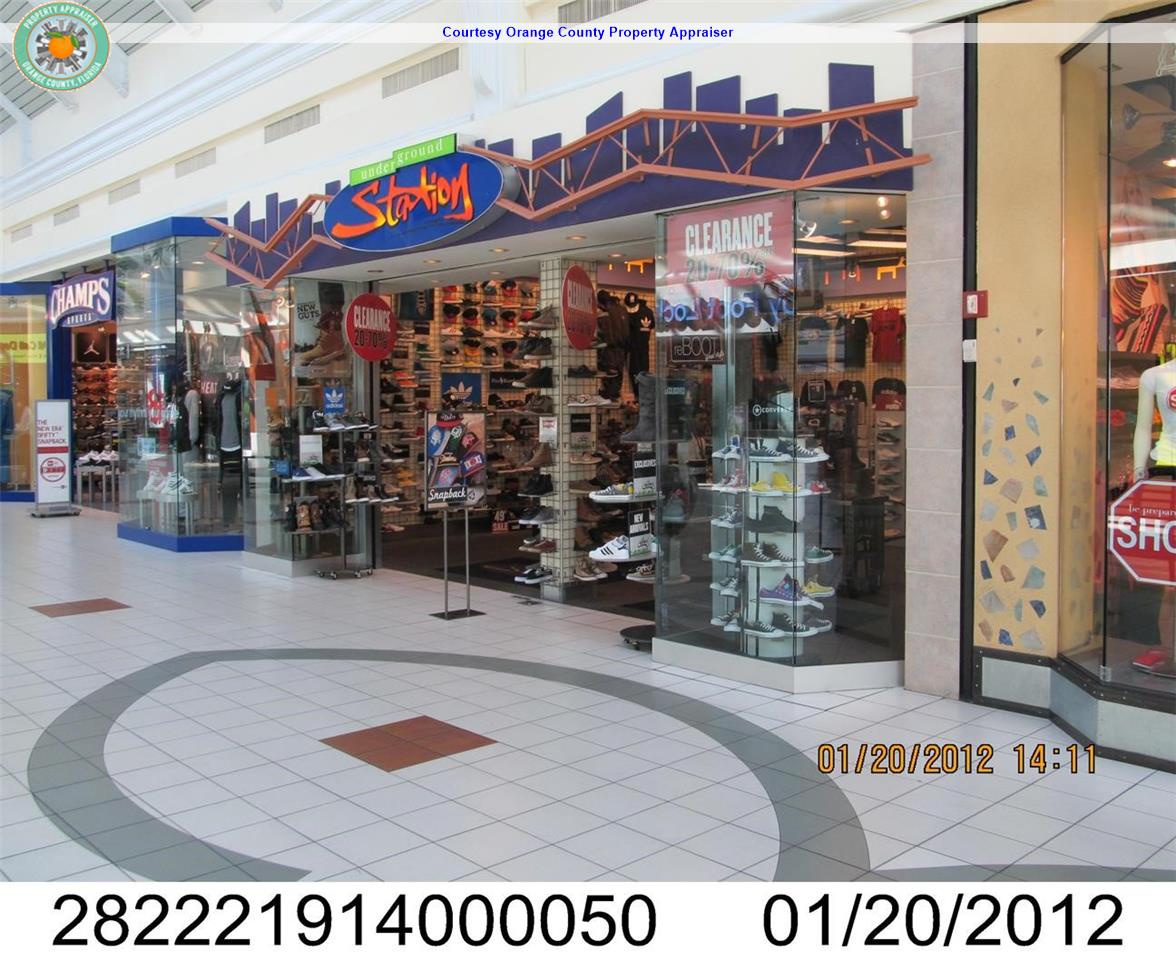 Underground here simply got a nameplate swap from it's new corporate owner. There's not an awful lot of these still around, so it was a really cool store to find here.